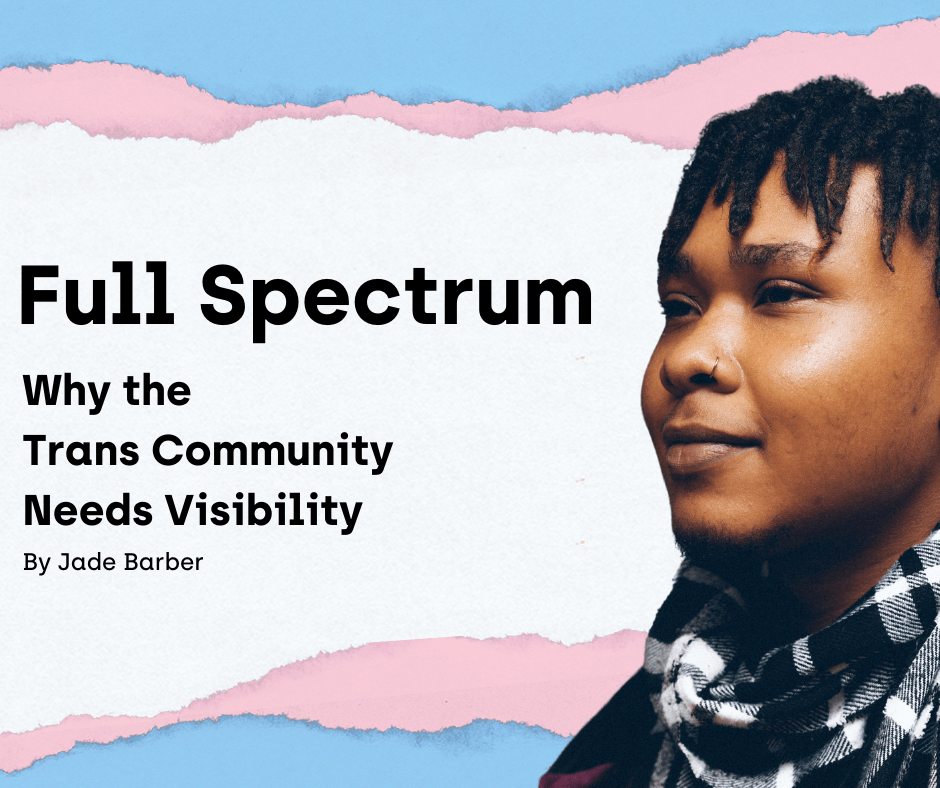 Groups of people having, or needing, visibility is something that is discussed quite often in conversations around social justice. So, what does it mean to be visible, and why is this so important?

Being visible isn’t a binary operator; one isn’t either visible or invisible. My experience is that there are different ways for communities to be seen; different combinations of light and shadow. Understanding this relationship is key to understanding the importance of visibility, and I believe far more constructive than conversations about which groups are more visible than others, or which groups need visibility more than others, even within the queer community.

I’ll give some examples below, drawing from my own experiences. Suffice to say everyone’s experience of the effects of visibility is unique.

My parents live in rural Victoria. I wouldn’t describe them as particularly unusual or isolated, and they share a lot of similarities with many others, if not most people of a similar age who live in “Australia”. They consume media and keep themselves informed, mostly through newspapers, TV and email, and are well connected with their local community.

Despite this, they had no identifiable interaction with a transgender person for most of their lives – not in person, through media, or through conversation. In fact, they did not know what the word “transgender” meant until I defined it when I came out to them.

In situations such as this, the process of breaking ground and being seen for who we are rarely happens without conflict. When there is no reference point, describing complex concepts like the difference between sex and gender, or how dysphoria feels, can seem impossible. Pushback can be severe and traumatic.

When I came out, I was treated as a problem, and my identity was seen as a choice. If trans people were visible in my community this may not have happened, as being trans would have been accepted for what it is: a valid expression of the diverse and complex nature of humans.
Not being understood as a trans person is, unfortunately, likely not shocking to many who read this. It’s important to note however that an entire community being completely unknown or invisible, especially when they have been a part of every culture, ethnicity, faith and generation since the dawn of humanity should seem strange.

This does not happen without intentional erasure.

There’s a reason you won’t find trans people in old news reports, media or archival records, and it isn’t because they didn’t exist, or because trans people are a “trend” or a new concept. Trans stories have been left out of public record. Until recently “transgenderism” was demonised and seen as mental illness – It was not seen as important to record a gender expression outside of what was on one’s birth certificate.

Not only this, but it was illegal to be transgender in Australia as recently as 2001 in some states.

There are of course records and examples of trans people now, however most of it is centred around our sex lives, or other attributes or expressions that cis people find “strange” or “quirky”.

Growing up, my understanding of what it meant to be transgender was purely a punchline. Trans people were represented as the butt of jokes or freaks to be gawked at, on TV shows like Jerry Springer or There’s something about Miriam, and movies like Ace Ventura.

Sure, there was visibility there, however the true meaning of what it meant to be transgender was still hidden, while refracted stories that pathologised and undermined trans people were brightly lit.

This kind of visibility and representation only serves to invalidate. It taught me that me that being trans was a choice, and a foolish one at that. How could I take this path, if the only foreseeable outcome was ridicule?

I recently had someone approach me on the street in the Melbourne CBD on a Friday night and ask: “Where do all the trans people hang out?”

When I asked him why, he responded with a smirk: “I just like trans people – you know, I’m just curious… I’ve watched videos online, now I want to meet some.”

When I stated that there was no one place that trans people just “all hung out” and that we, like most other groups, went about our lives just as we chose which involved doing things at different times, he became annoyed and aggressive. He didn’t believe me.

“Why are you hiding this from me?” he said. “I just want to meet trans people and talk. I’m not transphobic, come and have a drink with me I’ll show you.”

I felt like a zoo creature, or a circus freak.

On the tram home I discussed with my partner how often I get approached at night like this, especially on a Friday or Saturday night, and how those same people are often the ones throwing dirty looks at me at the shopping centre or the chemist the next day.

When confronted by me being a real person rather than a fantasy, he became upset, because everything he had learned about us to date had told him that we exist purely for his entertainment and gratification.

It’s a strongly held belief of mine that if trans people are represented in a more complete way, then understanding and acceptance is inevitable from those who wish to learn. The kind of visibility trans people need most is of us being ordinary people. We need to be humanised as ordinary citizens – as living, breathing, feeling beings.

Trans people at work. Trans people experiencing joy and heartbreak. Partners of trans people who love them. Allies expressing the joy a trans person has brought to their lives. Trans people understanding and expressing a beautifully complex spectrum of gender and sexuality. Trans people educating, or telling their stories of ordinary experiences. Trans people being represented in a way that isn’t just about the fact that they are trans. Trans characters in media whose identity isn’t treated as a “special talent”, but an inherent part of who they are.

I want to see society being brave and honest enough to see and represent trans people as people.

Recent Posts
As Trans Day of Remembrance is fast approaching, we want to send our love, solidarity, and support to the many amazing trans folk.…

Trans Day of Remembrance – We can’t wait ‘til it’s too late!

Welcome News for Survivors of Abuse and Neglect in State Care