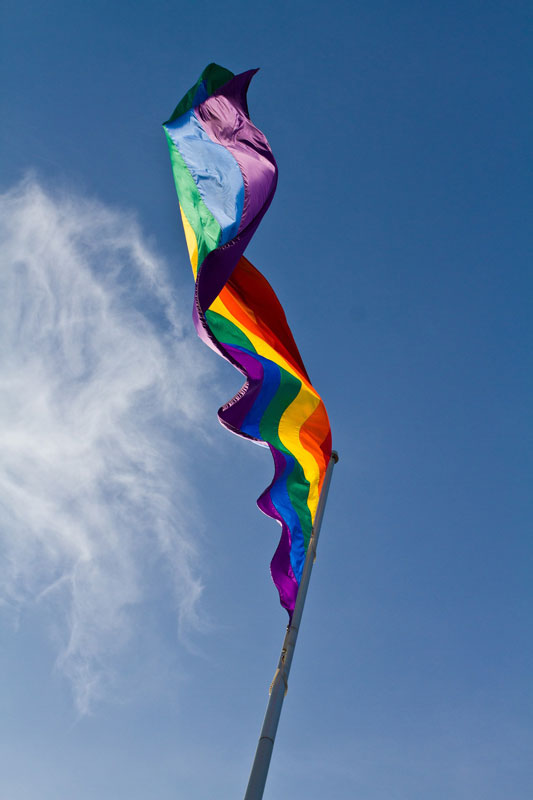 A YES vote is for equality and love.  It is also a resounding NO to institutional and legal discrimination, divisiveness and invalidating LGBTIQ experiences, relationships and who we are. The ‘YES’ vote brings some relief and elation.  It is an important milestone for the Australian community. It finally acknowledges and recognises the equal value and status of relationships.  We are now a little bit further down the road, via a route we were forced to travel. What are the next steps?  Not just for LGBTIQ communities, but for all, including our elected representatives?

During this postal survey there has been much love and support shown to the LGBTIQ community.  There has also been a sanctioned diatribe of cruel, hurtful and hateful speech, as part of a sustained campaign of vilification and misinformation.  The Australian community is rightly concerned about youth mental health, which for LGBTIQ young people shamefully remains at 47%.  The mental health impacts have been distressingly clear throughout this process.   At queerspace, we see every day the hurt and marginalisation of children, young people and adults and their families.   This hopefully will abate depending on the actions of the parliament.

Despite a YES vote today, there will be the expected opining for the freedom to discriminate, according to selective religious doctrine.  In excruciating and insensitive details the cherished principles of equality and freedom will be further undermined and repositioned to protect an antiquated, narrow vision of Australian life and families. Followed by appeasements and work-rounds to delay and ultimately impede the decision of the Australian people.

Karen Field, CEO, drummond street services, says, “This survey throughout the debate confirms what many LGBTIQ organisations have attested for two years. The LGBTIQ community have experienced sustained attacks, lies and vilification since this idea of a plebiscite was exhorted and led by Abbott.  It was quashed by the Australian Senate, only to morph into a postal survey.  This is after the aggressive attacks and dismantling of the Safe School program…This has not been just about this survey and the mental health mobs are playing catch up with what we have seen for two years, It’s time to do the right thing”.

This vote shows that equality is our collective vision.  It is now up to our parliamentarians who represent US to make good of what they had in fact failed to do from the outset.

At queerspace we will continue to provide much needed support and safe spaces. It will continue to be delivered by highly skilled mental health practitioners, despite many enduring their own personal impacts during this survey.

queerspace has proudly advocated throughout the Marriage Equality campaign to ensure the experiences of LGBTIQ people are heard, seen and affirmed. Now as we progress, and hopefully this final phase, in enshrining and enacting of equality, only then will we know that ‘advance Australia fair’ is a 21st century nation that extends its ‘fair go’ ethos to all.

queerspace has released a video outlining self-care tips for the LGBTIQ communities during this time:

Recent Posts
Openly attacking trans people appears to be a cornerstone of the election strategy of right-leaning parties. As members of the LGB…

How To Survive the Election as a Trans Person

Read more
Author: Jade Barber March 31st is Trans Day of Visibility. Groups of people having, or needing, visibility is something that is di…

Read more
If society can admit the damage that’s being caused to LGBTQIA+ communities, then perhaps we can learn from history rather than re…

Politics, “Cancel Culture” and a Sense of Belonging